The Earth Is All That Lasts 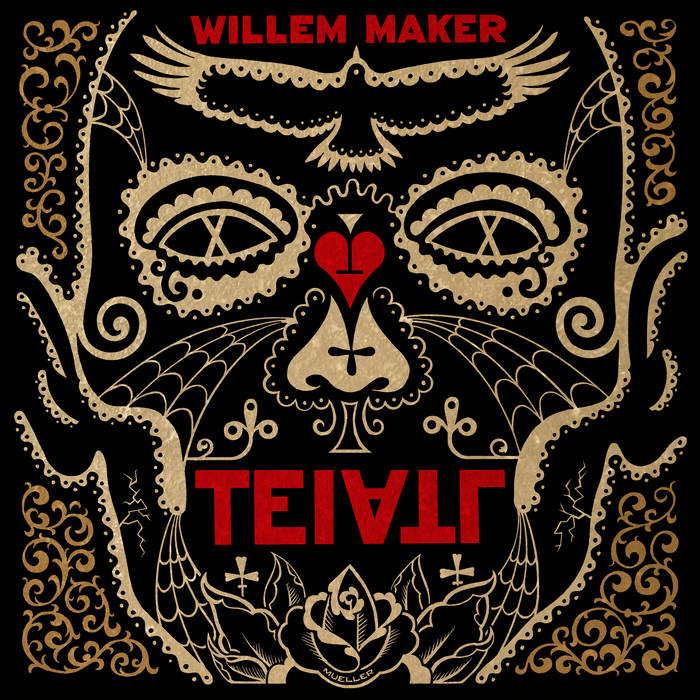 THE EARTH IS ALL THAT LASTS

Four long years after Agapao, which the New York Times considered one of the best one-man band records ever, Makerworks is finally proud to announce The Earth Is All That Lasts. Thematically speaking, TEIATL is intended as a dark twin to the open-hearted Agapao – so dark, in fact, that Maker contemplated more than once abandoning the project altogether. It wasn’t until this “best country rock singer-songwriter from East Alabama who you have never heard of” felt that he had enough distance from the material to approach it more as a producer and performer than as a confessional songwriter that this release began to take shape.

TEIATL was originally entitled Ain’t Dead Yet and envisioned as a stark acoustic EP in honor of Skip James and his infamously haunting cross-note tuning. Thus, Maker began the initial recordings with live acoustic guitar and vocals and no click track, intending to flesh things out with minimal, atmospheric overdubs and no percussion. Pleased with the live takes but ever dissatisfied with the attempts at overdubs, the second stop-and-start-again factor that slowed his progress was how to present the material, if at all. Thanks to the Malian djembe featured on Agapao, loads of full-on overdubs, some monstrous Ludwigs borrowed from a friend and a touch of digital studio wizardry to shore things up, something completely unexpected happened.

While TEIATL continues where Agapao left off as a one-man band affair, recorded by Maker entirely at the Foxhole and once again featuring mixing by Mark Nevers, mastering by Sarah Register and artwork by Christoph Mueller, the new release is a significant step forward sonically, and it’s a much more concise listening experience – unlike the sprawling Agapao, this album is designed to fit snugly on one slab of vinyl. TEIATL will be released digitally on May 15, 2015, but Maker is still searching for another label to reissue it and Agapao on vinyl, if only in deluxe limited editions. Once again, thank you all for listening, hope all is well and please continue to spread the word!